With a total land area of 11,300 square kilometres and a population of just over 2 million, The Gambia is the smallest country in Africa. 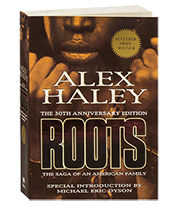 Anybody who has read Alex Haley’s biographical book Roots, the stunning account of his ancestor Kunta Kinteh’s struggle under slavery, will know of The Gambia. For many, Roots was their first exposure to the horrifying realities of the slave trade – but The Gambia’s history is vast, spanning centuries before and after the often-tyrannical rule of the British Empire.

Early history of The Gambia

The banks of the River Gambia have been inhabited for many centuries. The first known record of The Gambia is a brief reference by Hanno the Carthaginian of his voyage along West Africa in 470BC, but it has been suggested by anthropologists that ancient humans, the very first of the Homo sapiens species, originated in central and west Africa before migrating to Europe and spreading across the world.

In the 5th and 8th centuries AD, Sene-Gambia was ruled by the Serahuli tribe and was part of the Empire of Ghana. In the following centuries tribes of Mandingoes and Susus from the Fouta Djalon Plateau of Guinea settled in what is now known as Mali. 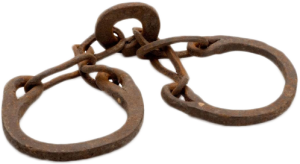 The first written records of The Gambia come from the Arab traders in the 9th and 10th centuries. The region was dominated by the Trans-Saharan trade, and was ruled by the Mali Empire. Regional conflict between tribes and traditions of trading meant that the institution of slavery was already well-established in the 15th century, but the British, French, Portuguese and Dutch empires only became involved in such trades later.

In the late 16th century, English merchants began to trade with The Gambia. The French attempted to settle in the Gambia in the 17th century, but failed disastrously due to sickness spreading among the settlers.

Britain’s involvement in West Africa’s slave trade began through a royal charter granted by Queen Elizabeth I, following the purchase of trade rights on the Gambia River from Portugal in 1588. In the mid-17th century, King Charles II of England founded the Royal Adventurers Trading to Africa, for the purpose of purchasing slaves for the West Indian and American plantations. This was the beginning of what was to become the largest and most devastating enslavement and trafficking of human persons for unpaid labour in human history, spanning almost two hundred years.

In 1661, the company took St. Andrew’s Island on the River Gambia, renaming it James Island. The British built a fort on it and founded the first English settlement on the coast of West Africa. In 2011, the island was renamed Kunta Kinteh Island, in reference to the protagonist of Alex Haley’s book.

During the height of the slave trade in the 18th century, slavers operating out of Senegambia exported an estimated 6,000 slaves per year. The slaves were taken from their families, and often sold on by African slave traders and traffickers operating within the continent. Packed tightly on boats with less room around them than in a coffin, these Gambians were transported thousands of kilometres to America in a horrifying and often fatal voyage known as The Middle Passage. Sold on as slaves working on farms and plantations, black West Africans suffered torture, beatings, rape, lynching and execution under a systemic culture of violence and aggression in the United States.

British Colonisation of The Gambia

The 18th and 19 centuries saw a bitter and protracted religious dissension in The Gambia, cutting across tribal loyalties. Some of the chiefs sought treaty protection from the British, who arrived at St. Mary’s Island on 23rd April 1816 and founded a town called Bathurst – after Henry Bathurst, the Secretary of State for the British Colonies. The British chose this location because they needed a way to better control access to the River Gambia, and enforce the Slavery Abolition Act of 1833, which abolished slavery throughout the British Empire. The British established the Royal Navy West African Squadron to suppress the Atlantic slave trade by patrolling the coast of West Africa, which was successful in suppressing the trade but did not stop it altogether. Between 1808 and 1860, the West African Squadron captured 1,600 slave ships and freed 150,000 African slaves, plenty of which originated from the Gambia. Britain also used its influence to coerce other countries to stop the slave trade – somewhat ironically, as in previous centuries, the British had been the largest slave dealer from Europe.

The Gambia Colony and Protectorate was the British colonial administration of The Gambia from 1821 until 1965.

THE REPUBLIC OF THE GAMBIA

On 18th February 1965, the colony ended when The Gambia gained independence as a constitutional monarchy that remained part of the Commonwealth under a coalition government led by Dawda Jawara and Pierre N’Jie, founders of the United Party.

In 1970, The Gambia became a presidential republic. Dawda Jawara was elected as the first President, and remained in power until 1994 when he was overthrown in a coup d’etat led by Lt. Yahya Ajj Jammeh, who ruled as a military dictator for two years through the AFPRC (Armed Forces Provisional Ruling Council). He was elected President in 1996, and continued to rule until 2017. During this time, Jammeh took the formal title of “His Excellency Sheikh Professor Alhaji Dr. Yahya A.J.J. Jammeh Babili Mansa”, and his political party the APRC (Alliance for Patriotic Reorientation and Construction) dominated Gambian politics. Under Jammeh, The Gambia left the Commonwealth of Nations in 2013 and suffered an unsuccessful coup attempt in 2014, as well as a number of controversies involving disappearances of political opponents and critical journalists.

The 2016 Gambian presidential election saw a surprising and historic victory of the opposition candidate Adama Barrow, backed by a coalition of 9 opposition parties who defeated Jammeh with 43.3% of votes. Jammeh refused to step down, which led to a constitutional crisis and the intervention of ECOWAS (Economic Community of West African States) forces. Jammeh declared a state of emergency and Barrow abandoned the country and fled to Dakar in Senegal, where he was sworn in as President out-of-state on 19th January 2017. Meanwhile in The Gambia, Barrow supporters voiced their opposition to Jammeh’s incumbency through the slogan movement #GambiaHasDecided. The slogan began appearing as graffiti on street corners, before becoming more formalised with the production of posters and t-shirts.

On the same day ECOWAS launched “Operation Restore Democracy”, a military intervention to forcefully remove Jammeh from power and uphold the democratic power of the Gambian people. The move was authorised by the United Nations Security Council with UNSC Resolution 2337. On 21st January 2017, Jammeh announced that he would step down as President and abandoned the country, moving into exile in Equatorial Guinea on 27th January 2017. Adama Barrow returned to The Gambia, while 2,500 ECOWAS troops remained in The Gambia to stabilise the country.

On 18th February 2018, Adama Barrow took the oath of office for the second time within The Gambia at an inauguration ceremony held at the Independence Stadium in Bakau outside the capital Banjul.

The Gambia officially re-joined the Commonwealth of Nations on 8th February 2018. On 31st October 2018 – 2nd November 2018, The Prince of Wales and the Duchess of Cornwall visited The Gambia. English is the country’s major written language, however the five main tribal languages of Wollof, Jola, Mandika, Fula and Serehuli are still widely spoken, with most Gambians (including children) being fluent in at least three of these!

The tribes from which these languages take their names are still significant in Gambian culture, with most of the population associating themselves with the tribe of their ancestry and keeping certain tribal traditions and beliefs. Today, The Gambia is a predominantly Muslim country – but people of all tribes, beliefs and backgrounds live together in harmony. Many Gambians maintain that they are all “one tribe”, and that respect and understanding of one another is the key to securing the country’s future.

The national anthem, To The Gambia Our Homeland, perfectly captures the wishes and values of the Gambian people – that “all may live in unity… and join our diverse peoples/To prove man’s brotherhood.”

Child Aid Gambia is uplifting the people of The Gambia, through honouring and respecting their culture and traditions in our work. In providing aid to impoverished children living in The Gambia, we are working to ensure that The Gambia can heal from its past injustices and move forward into a brighter tomorrow. Read our Mission Statement to find out more.